You are here: Home / Travel / Europe / The Netherlands / Day Trips from Amsterdam / 15 of the most beautiful places in Holland that you must visit

Holland is absolutely beautiful year-round, however it is especially stunning in spring when everything goes into bloom. I’ve been doing some extra traveling within Holland itself recently and I figured it was time to write about the most beautiful places in Holland to visit, including cities and small towns that I wish that I had visited earlier.

(Note: I use the geographical distinction to separate the two provinces of Holland from the rest of Netherlands. You can read more about the difference between Holland and “the Netherlands Click for a broader guide to the best cities to visit in the Netherlands.

Can we not mention Amsterdam!? Despite the crowds, Amsterdam is as regal as ever. The capital of the Netherlands holds plenty of charm and things to do to keep any visitor busy. Whether it’s the world-class museums, such as the Rijksmuseum and the Van Gogh Museum, or the fantastic street markets I always love returning to my former home of Amsterdam to enjoy the beautiful and quiet streets where you can wander aimlessly. If you think that you’ve seen it all, you should take a bike ride to Noord Amsterdam’s charming villages or step into one of Amsterdam’s secret courtyards. You can click for my three-day guide to Amsterdam here.

My current home of the Hague is a gem. Whether it’s the unspoiled beaches in Kijkduin (away from the tourist hordes in Scheveningen!) or its charming streets filled with modern architecture, the Hague holds something for everyone. Almost everyone visiting the Hague ends up walking through the incredibly impressive Binnenhof (Dutch Parliament) as well as visiting the Girl with the Pearl Earring in the Mauritshuis.

Political geeks will want to cycle around to visit the various UN institutions, including the Peace Palace and the International Criminal Court. If you’re more interested in just relaxing, you’ll find lots of great restaurants with cuisine from all around the world as well as charming side streets with boutique shops and cafes. Click for my guide to the Hague! I hope that you find it as beautiful as I do. It’s not as typically Dutch as some other cities, but it’s still certainly charming.

Two of the most popular tourist destinations for seeing the Dutch windmills are Zaanse Schans and Kinderdijk. You’ll want to choose which one you’re visiting as both places have beautiful Dutch windmills, but if you go to one, you don’t need to go to both.

Zaanse Schans is easier to visit from Amsterdam and Kinderdijk requires a bit more effort to visit (unless you are in Rotterdam). Both are stunning and typically Dutch, so don’t hesitate to add one to your Dutch bucket list! Click for how to visit Kinderdijk on your own.

One of the most magnificent castles in the Netherlands has to be the medieval Muiderslot castle. This castle is a stunning example of a fortified castle and it is straight of a fairytale. I often bring visitors to Amsterdam here and it’s always a blast to explore the castle on foot. You can get here by bus. Click for more information about visiting.

Leiden has recently become one of my favorite cities. In Leiden, you get all the gorgeous canal views that you’d see in Amsterdam without the crowds. This gorgeous city has a very well-preserved 17th-century historic center and whether you are a fan of Rembrandt or want to learn about the Pilgrims in the Netherlands, there’s a lot of things to do in Leiden. It’s especially fantastic on Saturdays when you can browse the market along the canals. Click to read more about taking a day trip to Leiden.

Delft has stolen my heart. My husband works in Delft and every visit to Delft is always a delight. Whether you are browsing for Delftware, climbing the New Church, or simply wandering around its adorable canals, you will understand why Delft is such a beautiful city in Holland. Although it’s often tourist in summers, it’s worth bearing the crowds. Click for my guide to Delft.

I love Dordrecht and I believe that it is the most beautiful city in the Netherlands. Dordrecht has been known as the Venice of the Netherlands. (Before your mind goes there, you might be thinking of Giethoorn, which is further east.) Dordrecht is much more similar to Venice in many ways as a city with significant trade historically, numerous canals, and the fact that one island used to be only accessible by boat.

There’s something about the canal houses that go beyond the water’s edge as you wander through the town! In December, the Christmas market in Dordrecht is one of the most magical Christmas markets in the entirety of the Netherlands. You can click for my day trip guide to Dordrecht here.

I’m embarrassed to write that I finally only visited Alkmaar for the first time recently. Alkmaar is a well-known city in the North of Holland that is famous for its cheese market. Although you might want to come solely for the Alkmaar cheese market, I recommend staying to explore Alkmaar on foot, which is full of picturesque canals and a pretty city . Click for my guide to Alkmaar.

Haarlem is so pretty! This Dutch city only about twenty minutes from Amsterdam, however it’s just as charming. I’ve visited numerous times just to walk around the lovely Grote Markt area, drink beer at the Jopenkerk converted church, learn about science and sail along the canals. Click for my guide to Haarlem!

Hoorn is a charming city that used to a major hub for the naval industry along the Zuiderzee. The riches of the V.O.C. (Dutch East indies company) resulted in some stunning buildings that truly make Hoorn a delight to visit. The harbor is absolutely beautiful, so don’t hesitate to stop for a coffee while imagining large ships pulling up in the harbor. Click for my day trip guide to Hoorn! 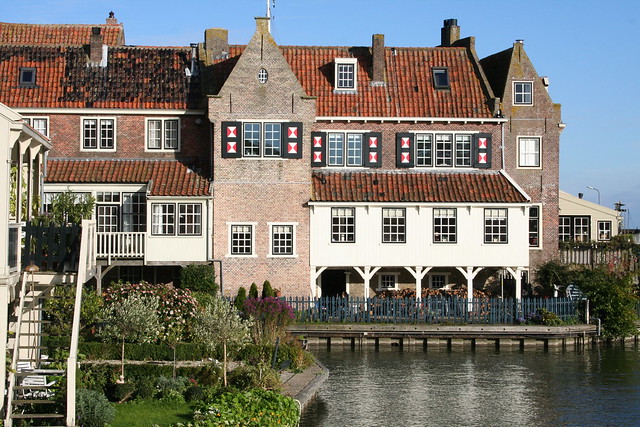 Another gorgeous town along the former Zuiderzee is Enkhuizen. Unlike the much busier Monnickendam (which is quite touristic), Enkhuizen is the real thing with gorgeous historic buildings, picturesque canals, and views over the water. 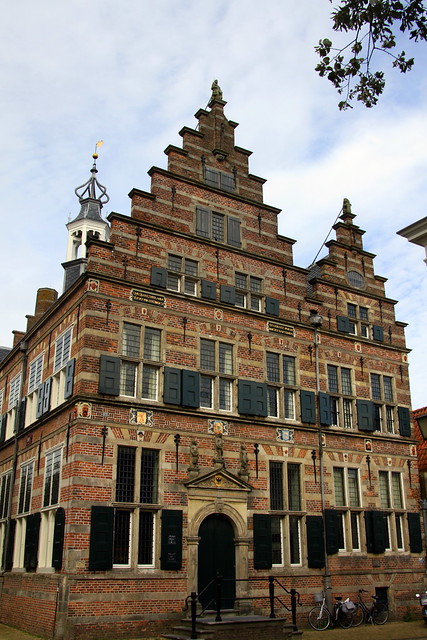 Throughout the Netherlands, you’ll find several cities that were fully fortified. Most of the fortified cities have taken down their medieval walls, however Naarden, which is an easy day trip from Amsterdam close to Muiderslot Castle, still has its star-shaped walls. Don’t hesitate to get lost within its gorgeous alleyways. It’s the perfect antidote to the crowds in Amsterdam!

The Netherlands is an incredibly compact country. Many people often underestimate how small the Netherlands is, so something that I love to do is to rent a bike for the day to cycle the cute villages on the outskirts of the city. Even in Amsterdam, you can cycle only thirty minutes to find the picturesque Dutch town of Ransdorp. Although city biking can be scary, the bike lanes along the countryside are often well-marked and well-worth it for views of the Dutch countryside. Click for one of my favorite biking routes outside of the Hague!

Texel is definitely one of the most gorgeous places in Holland. This island off the coast of the Netherlands in the middle of the Wadden Sea has a UNESCO protected environment. Here, you’ll find rolling dunes of heather, easy to ride cycling paths, and seals along the picturesque beaches (if you’re lucky!) I would not recommend it for a day trip, rather a weekend trip. Click to read my guide to Texel.

READ MORE  25 Essential Dutch phrases for traveling in the Netherlands

Where is the most beautiful place in Holland to you?

Previous Post: « A day trip to Oudewater, a bewitching town in Utrecht
Next Post: Your day trip guide to Hoorn, the Netherlands with the best things to do in Hoorn »