You are here: Home / Travel / Europe / The Netherlands / Holland / Delft / Secret Delft: 15 hidden spots in Delft that you must see

I regularly visit Delft, which is one of my favorite cities in the Netherlands. My husband works in Delft, so I’m often on the look-out for places that aren’t the same tourist attractions (no matter how lovely they are). Keep reading for my favorite hidden spots in Delft to discover Delft off the beaten path.

I love history, I’ve decided to omit the Oude Church, the Prinsenhof , the New Church, as well as many of the lovely places that are fairly known (including some great food) mentioned in my day trip guide to Delft. You can find food recommendations for Delft for every budget (and vegans) here.

Despite being quite historic, Delft has very few remaining courtyards, which were historically used as housing for the poor. Although you cannot enter Hofje van , you can walk by these beautiful houses that were reserved for single women and date back to 1575. It’s been beautifully restored and I always love strolling down this street! Location: Van der Mastenstraat 24-38.

Sint Huybrechtstoren is one of the remaining pieces of the city walls of Delft from the middle-ages. It’s said that the building dates back to the 16th century. I passed it while cycling and spent a while looking up the history after discovering that it’s now used as a gym for the local rowing club. You can see it from Oostersingel on the cycling path! Located at Oostplantsoen 140.

This area has a quite interesting history. It was once part of the Poor Clares Monastery, at some point, the order chose to leave Delft. Afterward, this monastery was converted into where many of Holland’s weapons were stored.

One of the most infamous events in Delft’s history happened here on October 12, 1654, when 40 tons of gunpowder exploded within the monastery. The blast blew out the stained glass in the Nieuwe Kerk and is said to have been felt as far as Texel.

Since then, the warehouses have been converted into a more peaceful use: offices and restaurants. You can wander into the courtyard during the day time to stroll around. There’s still a canon that sits the entrance. The gate close to the entrance is particularly beautiful. You can find the entrance near Paardenmarkt 1.

Although the Rijksmuseum is super famous, Museum Paul Tetar van Elven is a small located in Delft within a beautiful 16th century home once owned by painter Tetar van Elven. If you love historic interiors, Delftware, art, and portraits, you will love this museum that showcases the Netherlands in the 19th century. The interior is stunning! Located at Koornmarkt 67.

It’s unclear how old Bierhuis De Klomp is. It’s said that this old cafe dates back to the medieval ages although the cafe has certainly existed since the 1650s… On the walls, you’ll find beautiful Delft plates, board games to play, and a cozy atmosphere where you’ll immediately feel at home. The beer selection on tap is quite good. Located at Binnenwatersloot 5.

The Klaeuwshofje is one of the more hidden courtyards in Delft. This charming courtyard has a big heavy door and a friendly cat who followed me around. The houses date back to 1605 and were intended for elderly Catholic women. Today, the inhabitants have double the amount of space, a marked improvement over the original sizes of the homes. Please be considerate as these are private homes. Location: Oranje Plantage 72.

Although Delft is not on the sea, it still has its own history. The VOC (Dutch East Indes company) began in 1602, an early voyage seeking out with India started in Delft before this. The VOC received considerable funds from the Chamber of Delft, which included a number of important Delft families.

Delft’s influence in the VOC expanded as Delft citizens took over the roles of others within the administration of the VOC. The building has since been converted into residential housing, but you can still wander inside. The exterior is far more impressive than the interior (at least from what I’ve seen). Located at Oost-Indiëplaats 101.

One of my favorite secret places in Delft is Hofje van Pauw. This beautiful courtyard is generally open to the public. This courtyard dates back to 1707 when it was built by Elizabeth Pauw. I love coming in here for a quiet moment to pull my thoughts together.

The houses were intended for those in need and still has a stunning garden that is meticulously kept up. The houses inside are rented to those with disabilities who live under supervision, a great cause of the original intention. Location: Paardenmarkt 54.

This building is from the 1600s. It was first used as a weapons arsenal and it was much converted into an army museum. The army museum has since closed and the building is not open to the public, however you can view it from across the water from Oude Delft 1. It’s certainly an impressive building!

READ MORE  Madrid on a Budget: Insider tips for cheap things to do in Madrid

The Huyterhuis is a beautiful building in Delft that always makes me smile when I pass it. Today, this is owned by the water board, however, the house itself was redone in 1505 by a wealthy citizen who chose to add a facade using sto this historic home. It’s said that the original building behind it once belonged to a castle-like building dating back to the 13th century. The house itself is a beautiful example of Gothic extravagance and it’s certainly worth admiring the exterior as you pass by. You can find it at 167 Oude Delft.

If you’re traveling with a group, you might want to look into the Griffin Medical and Pharmaceutical Museum. This museum that is generally closed to the public focuses on preserving the medical advances of the past for the future. They often have exhibitions at hospitals, but visiting is quite difficult. It includes nursing tools as well as an old pharmacy.

The Rietveld Tower is another find from a recent cycle around Delft. This old tower was built as a defense tower on the East side of Delft, however there wasn’t so much violence (at least from the neighboring towns) in the 16th century. The tower itself has 1448 written on the brick, but experts say it is from the 16th century.

The tower has had a lot of lives, it’s one of the last remaining towers in Delft as many of them were demolished as they were generally unsafe. The Rietveld Tower was saved thanks to a romantic Dutchman who fell in love with the view from the tower and requested to live there. At a later point ( 1800s), it was converted into a pub and liquor store. However, at this point, it’s the most beautiful student housing that you can imagine. 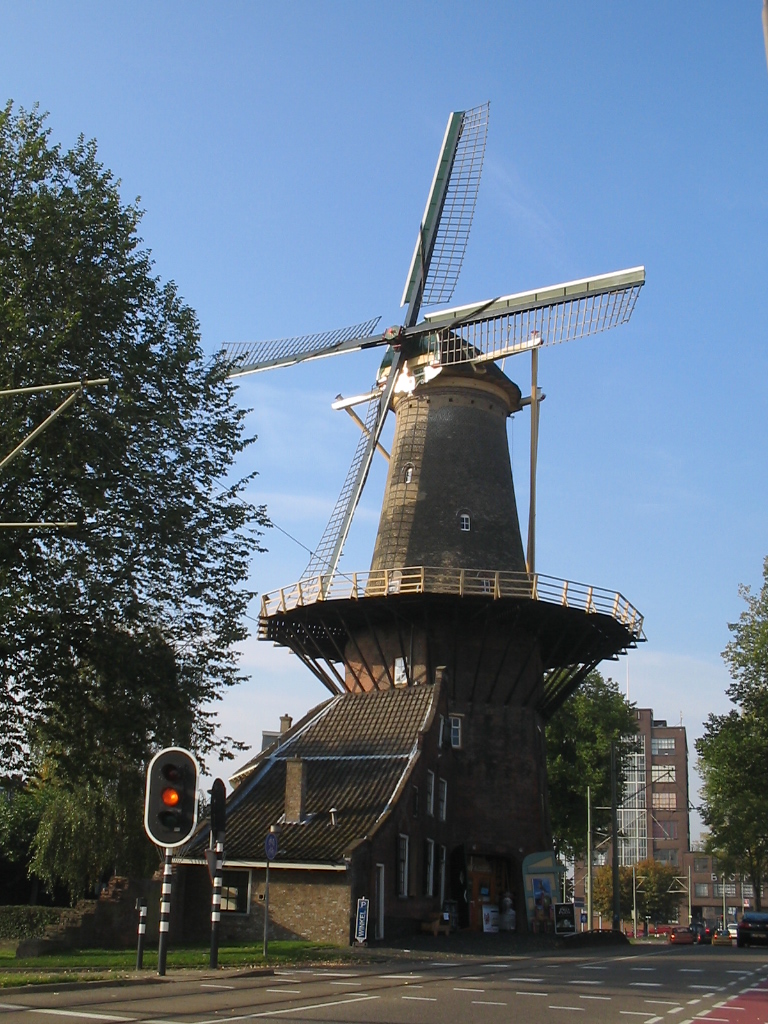 Windmill De Rose (often called De Roos) only remaining windmill in Delft and it is still in operation. This windmill dates back to 1679 where a smaller wooden mill once stood along the city wall. Miraculously, this wooden windmill has stood the test of time although it’s restored recently. Today, you can visit the store, which sells flours and other grains, and the windmill on Thursdays-Sundays during the day.

You cannot leave out the Delftse Pauw, even if it’s fairly well-known within Delft. This small Delftware factory within the original building on the outskirts on Delft is a must-see if you want to see Delftware made in front of you. Compared to some of the more commercial Delftware factories, this one is free to visit and is definitely worth the visiting. Click for more information about visiting the Delftse Pauw. Delftsweg 133, Rijkswijk.

READ MORE  The Unisphere: The story behind the most famous attraction in Queens

Stadsherberg De Mol is a unique restaurant housed within one of the oldest buildings in Delft. This building, which luckily survived the medieval fire that burned down much of the city, was once used for housing the homeless as well as an orphanage.

Today, it’s home to a medieval-themed restaurant that I’ve heard that is quite the experience that involves eating by candlelight and with your hands. You can reserve for dinner if you’re curious about the interior and the whole medieval experience. Located at Molslaan 104.

The Botanical Garden in Delft is not as famous as the one in Leiden, but if you’re looking for a quiet place to enjoy a stroll. This 2.5 hectare garden with herbs, flowering plans, and a greenhouse (with orchids) only dates back to 1917, however it’s maintained by the University. You can visit it most days (besides Sundays). Admission costs a few euros, but you can get in free with a Museumkaart.

Any secret spots in Delft that you’d add?

Previous Post: « 25 Essential Dutch phrases for traveling in the Netherlands
Next Post: Wine not? The best wine bars in the Hague for a glass of wine (or two) »