You are here: Home / Travel / Europe / The Netherlands / Holland / Amsterdam / Ten things to know about grocery stores in the Netherlands by a resident

As someone who has been living in the Netherlands for several years, I figured that it was time to discuss the Dutch supermarkets as they’ve been a source of confusion for some of my guests from abroad. Whether you’re visiting Amsterdam on a budget or you’re hoping to pick up some nice food souvenirs from the Netherlands, I recommend stopping by the grocery store in Amsterdam (or elsewhere in the Netherlands). These are my tips with some useful translations.

A word of warning: the Netherlands loves the Maestro banking system. If you’re from North America, your cards might have the logo on the back, but they might not work here. Most of my friends and family members have struggled to pay for their groceries using credit and debit cards.

Luckily, more stores are finally realizing that people want to use other cards, but it’s good to carry some cash on you just in case. Jumbo, Albert Heijn To Go (often in train stations), Marqt, and Dirk van den Broek all take credit cards.

You have quite a bit of choice when it comes to Dutch supermarket chains in Amsterdam and other major Dutch cities. I’ve not included every chain, but the main ones that you’re likely to encounter in Amsterdam that provide a better selection. Generally, Albert Heijn and Jumbo are the more “standard” supermarkets that offer more variety in terms of brands. These are often the easiest supermarkets to find within a residential area.

Albert Heijn is the #1 supermarket in the Netherlands. This mainstay has slightly higher prices, but they also offer the best selection of familiar brands and variety. The lines can also be fairly long around dinner time…

I prefer Albert Heijn’s selection at lunchtime as they often serve affordable wraps and salads at their to-go locations, including in the main stations and Schiphol Airport. Some locations are less-tourist friendly and may not accept credit cards. I also prefer their fruit/vegetable selection.

Jumbo is my supermarket of choice at the moment. This slightly more affordable supermarket is often found in residential neighbourhoods has slightly less selection than Albert Heijn at the price of savings. They pride themselves on having good customer service as well as short lines, even during busy times. You should find most of what you need! They accept credit cards.

Dirk is a budget supermarket that offers primarily house brands and a limited selection of goods. It’s one of the best places to go grocery shopping in the Netherlands on a budget. They accept debit/credit cards only.

Marqt is a of my friends who eat organic and who are vegan! This slightly expensive supermarket is very tourist friendly with many translations of their goods. They have a great selection of organic lunch items as well as vegan-friendly goods. I somehow always spend 20 euros as soon as I enter, but it’s still a great supermarket. (Ekoplaza is quite similar although they don’t accept credit cards.)

Organic products are generally mixed in by the category

Don’t be afraid to ask employees if you don’t speak Dutch!

Although I generally recommend downloading Google Translate, people speak English very well in the Netherlands. Most of the employees at supermarkets are generally fairly young (under 21), so they’ve most likely taken English in school.

Sometimes, they don’t know the exact item if it’s unusual in the Netherlands and/or just something that they have never heard of, but they usually can bring you to the correct aisle and help you to the best of their ability. Allergens are required to be stated on products in the Netherlands, so you should be able to easily check for applicable ingredients.

Portions can be significantly smaller than some places

Compared to some countries, the Dutch have done a great job of thinking about portion sizes that make sense. You can easily buy a portion for one or two people, which is great if you’re not that hungry. Food waste is still a huge problem here, but it is a good step in the right direction.

You typically need to pay .25 cents per bag. (The Jumbo and Albert Heijn bags last quite well.) I generally recommend bringing a backpack or your own bag to save money. That said, do not shop with this bag! Use the baskets provided at the front.

Good luck getting bread towards the end of the day

Dutch people are quite passionate about bread. Most people like to buy fresh bread that same day, especially rolls. The bakeries within grocery stores in the Netherlands are pretty nice for this reason, however it means that the supermarket often runs out of bread in the late afternoon.

One of my money saving tips at the Dutch supermarket for anyone planning to cook for themselves is the . This pre-packaged package includes most of what you need to cook a healthy and hearty dinner for a family of 2-4.

These portioned dinners usually cost between 2-6 euros at Jumbo or Albert Heijn. You might need to buy meat and grains, but it’s often a steal considering that you get the sauces and vegetables. You’ll find these in the vegetable section.

Most Dutch supermarkets (not all!) offer weekly specials. You’ll find these in the “folder” aka the weekly pamphlet near the front. It might be worthwhile to get a bonus card first to ensure that you get the discounts although sometimes, the employee will scan theirs if you don’t have one.

If you see “op = op“, it means that the deal runs as long as the product is in stock. Similarly, 2e gratis means that when you buy one item, you will receive the second of the same for free. Korting is a discount (e.g. 20% off).

One of the things that always strikes me about Dutch grocery stores is how LARGE the dairy selection is. If you love milk, yogurt, or cheese, you’ll be in heaven. (For cheese, people often go to a specialty store for more selection.)

In the past, it was much harder to find items without dairy, but it’s getting easier as veganism becomes cooler. Those of us with lactose issues will find some great non-dairy options thanks to the Alpro brand found commonly in Albert Heijn and Jumbo.

Dutch food in itself is not always the most interesting, but luckily the Netherlands has readily embraced international foods. The international sections at Albert Heijn and Jumbo are always great. The selection often includes Indonesian food, Surinamese food, and Turkish food.

Rounding up is a thing

The one cent coin was phased out here, so currency amounts are generally rounded up or down by 5 cents, typically in the favor of the store. Tax (now 9% BTW) is already included in the price.

READ MORE  Visit Kosovo: Complete Itinerary of the Best Things to do in Kosovo

You can buy wine, but not strong spirits

Wine is an incredibly good value at most Dutch supermarkets although the selection varies depending on the supermarket. I generally buy my wine at Jumbo or Albert Heijn, if you’re looking for something stronger (perhaps a genever?), I recommend heading to a “.” This is the Dutch word for a liquor store. There are plenty of local ones although the main chain in the Netherlands is Gall & Gall. This chain liquor store is pretty hard to say, but it’s the best place to shop for premium wines and liquors.

It depends where you are as supermarkets in smaller towns often have weirder hours and might be closed on Sundays. However, Dutch grocery stores in supermarkets in major cities are generally open seven days a week until 9-10pm.

It’s getting better, but some supermarkets have limited hours on Sundays and public holidays (e.g. mornings at minimum). I recommend ensuring that you do your grocery shopping prior to on Sundays in general. Check the hours of the Dutch supermarket near you.

Where to buy groceries after 10pm

After 10pm, you’ll want to look for a avondwinkel. These late night shops are generally open in the evening until midnight (or later). If you forget to get dinner, the selection might be limited, but you should find something. Otherwise, order food on Deliveroo!

My products at the Dutch supermarket

Any questions about Dutch grocery stores?

Previous Post: « The best 15+ travel games for your phone that work offline
Next Post: Things to do in Clermont, Florida, a great day trip from Orlando » 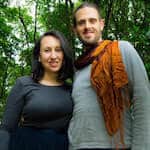