Looking for the loveliest day trip from London or a quick day trip from Luton Airport? Hitchin is a lovely historic market town in Hertfordshire that you’ll want to visit for the day.  After a disastrous flight denial, I ended up having a day in the Luton Airport, however I chose to leave as we had most of a day to burn.  I ended up reading about this picturesque day trip from London and we decided to visit Hitchin. Keep readign for things to do in Hitchin and why you should visit this lovely town!

Hitchin is a lovely market town just ten miles away from Luton.  Hitchin was famous for the wool trade although it served as a major centre for the grain industry with the arrival of the railroads.  Today, Hitchin is a popular town with commuters to London as its historic as well as only thirty minutes from London.  Hitchin is also home to some lovely lavender fields, perfect for a photoshoot or a wander after a lovely lunch in town.

The architecture of the town is quintessentially British with a mixture of timer framed buildings, Tudor buildings, and Georgian buildings, so if you’re looking for a little charm without much of a drive, come to Hitchin for a lovely day out.

Although people aren’t sure about when people started inhabiting Hitchin, documents have referenced tribes living in this area as early as the 7th century.   A Roman villa has been found near Hitchin, suggesting that it was active during Roman times.   During the 8th century, Hitchin was at a pivotal boundary between Viking lands and Saxon lands.

In 1086 AD, Hitchin was described as part of a Royal Manor. After this time, King William Refus granted the land around Hitchin to the Ballols, a family from the north.  Hitchin has long been a market town and it succeeded in grain, livestock, cloth, tanning, and brewing trades.  The town ended up being famous for its malts in the 16th century. Around 1618, the modern spelling of Hitchin was used in text for the first time.

The 17th century was a time of prosperity for Hitchin, which is why you see many timber framed buildings in Hitchin. In the 18th century, Hitchin became a popular stage post for coaches from London although the railroad changed everything.  At this time, the corn exchange was built and the town became known for grain trading.

Things to do in Hitchin

Enjoy a stroll around this lovely town.   We especially loved the street behind the Red Hart, Hitchin’s most historic pub dating back to the 1500s, where public hangings used to be held.  The historic centre of Hitchin is fairly small and very walkable, so if you’re only visiting for the day, it will be easy to enjoy the stunning timber framed buildings that you’ll find in the market square.

READ MORE  One Day in Amsterdam: A local's free self guided walking tour of Amsterdam

After a day of sitting in the airport terminal panicking about whether we’d manage to get back in time for my job–and way too long sitting in uncomfortable airport seats, I absolutely loved walking around this charming British market town.

The Hitchin Lavender Fields are just outside of Hitchin (about two miles) are open from mid June to August.  It’s possible to actually pick some of the lavender as well as the sunflowers if they’re in bloom. Admission costs six pounds for adults although children are free, including a bag to collect lavender in. 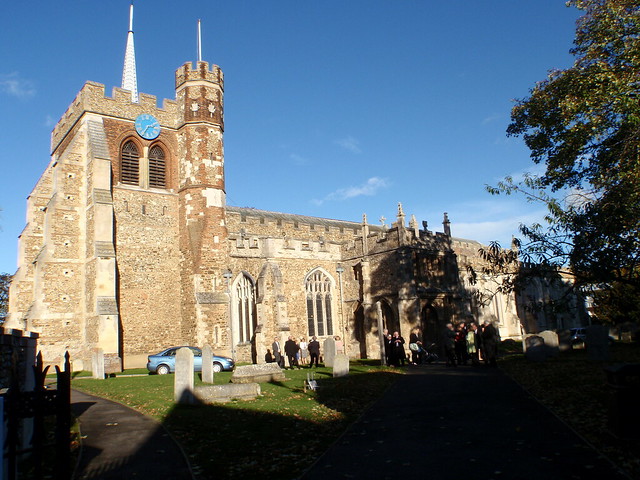 We happened to arrive on a non-market day, however we heard from the locals, including our friendly taxi driver, that Hitchin has several lovely markets in the main square.  There’s a general market on Tuesdays and Saturdays as well as an antique market on Fridays.  Once a month, there’s a local produce and crafts market as well as a lifestyle market.

Where to eat and drink in Hitchin

There’s plenty of great options for food and drinks in Hitchin although we looked more for atmosphere.  We ended up having a very British lunch at the Cock, a cozy pub in the center. The Half Moon Hitchin is a cozy pub dating back to the 1700s that serves lunch as well.  You should consider visiting the Red Hart, a historic inn turned gastropub that serves local beer with its thoughtful food.

For vegan food, head to Chia Naturally Healthy Café. We’re sort of joking, but you can go to the fanciest Starbucks that we’ve seen in the UK, which is housed in a stunning timber framed house. Our choice for dinner was Los Reyes Tapas Restaurant, which was recommended by locals.  For picnics, you can head to Marks and Spencer, which is right in the historic center.

Where to stay in Hitchin 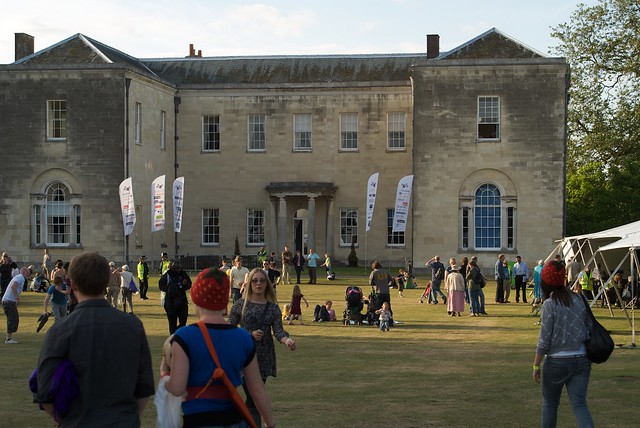 For somewhere unique, consider staying at the Hitchin Priory, which dates back to 1317.  It’s now a well preserved hotel just a stone’s throw from the historic center.  Alternatively, the Lord Lister Hotel is a cozy family-run hotel that is a short walk from the market square.

Getting to Hitchin from Luton Airport

Getting to Hitchin from London

From London (St Pancras International), it’s possible to take the train about thirty minutes to Hitchin.  The train costs 19.50 pounds round-trip when going off-peak with the journey. You’ll save by purchasing a roundtrip ticket rather than a single way.

Have you been to Hitchin?