You are here: Home / Expat Life / 7 Ways to Get the Most Out of Living Abroad

Before we begin, let me say moving abroad is not easy and although everyone loves to write about the benefits, it’s not a fairytale.  It’s especially hard if you’re moving to a country unemployed like I did, but whether you can get a job depends on a lot on your field, qualifications, visa, language skills, and the country itself. These are the seven things that I wish someone had told me a year ago to make moving abroad easier. 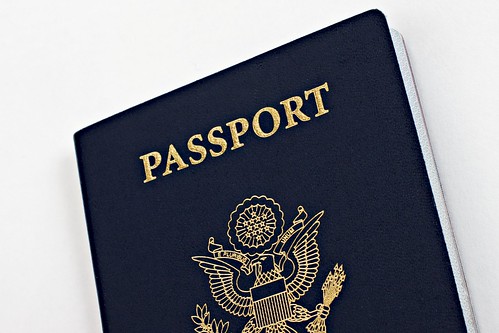 “Passport” (CC BY 2.0) by Tony Webster
​Don’t work on a tourist visa as it can have lasting repercussions (deportation!). If you’re not sure, ask the embassy, immigration itself, and/or a lawyer.  Even if you qualify for working rights, it will not be easy and finding a job can be hard.  It will take time to do the paperwork before and after the move. In my case, my work permit got printed twice with my boyfriend’s face/my name, which forced me to delay starting my job after months of waiting for approval to get a working permit.

Even if you’re living in a country where 93% of people speak English fluently, learn the language. If you don’t speak the language comfortably, you’ll miss out on socializing with the locals, screw up your recipes, comically misinterpret text, or send a graphic with a curse word on it to your manager. Even worse, I’ve had mini meltdowns whenever a cashier would ask if I wanted a receipt. People will really appreciate when you learn their language, even if it’s just being able to explain that you don’t want a receipt.

It can be tempting to not learn because you can communicate with others using your own language, but you’ll find anything official stressful. My serious attempt at learning Dutch surprised a lot of potential employers who expected me to know a handful of words and it landed me a lot of job interviews where they usually don’t consider expats.  My FREE favorites for learning languages: Duolingo, HelloTalk, and Duolingo Facebook groups. 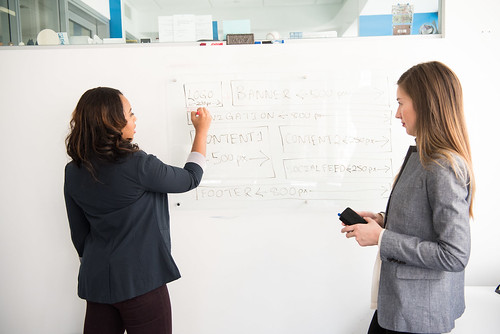 ​I meet a lot of expats who hope that they can find a job identical to their former job(s) AFTER moving to a new country.  This is usually not the case and you’ll need to adapt to your new country in terms of qualifications, language, and the job market.  Please think about this beforehand.  Even an administrative assistant or service job may be out of reach without speaking the language, even at an international company (where fluency in both might be required).  Finding a job is not easy and you may need to do some serious work to improve your skill set or qualifications to compete.  Being able to understand the language at the A2-B1 level is a great start.

The most expats that I’ve met who’ve stayed abroad the longest are specialists in their fields who have had successful careers both domestically and abroad. They made the move after establishing their career in their own home country, which is the best way to move abroad. This is how my boyfriend was able to move abroad as well as most of our non-European friends.  People often assume you need to be young to do this, but you can be ANY age.  A good expat job often pays for moving expenses as well as a regular salary to pay the rent with.  The biggest perk of working in your field outside of your home country is that your international experience should help you further your career even after heading home.  Otherwise, you’ll need to explain your job history, which can be really hard when there’s not a pattern beyond earning an income.

4. Figure Out the Culture

Gaining the insight into the culture is the slowest process.  Even if you’re moving between “similar” countries, things can be quite different, but sometimes surprising in the best way (2 days of Easter!?). Experiencing the public holidays is a fun way to get acquainted with cultural references, including the infamous ones (like Zwarte Pete!).

The hardest things are the subtle things. It took me a long time to figure out that the “How are you?” greeting is weird. I’ve also learned how to interact at a work birthday, which involves three kisses and cake. As an American, it took me a while to get over the initial uncomfortableness of non-family members kissing me on the cheek, let alone colleagues.  It’s good to be aware of what makes you uncomfortable as integration involves challenging your own assumptions of what is “acceptable.” I will admit to being shocked when I realized that I had to bring in enough cake for my entire department plus every colleague who had invited me to their birthday, however it’s someone else’s birthday the other 364 days of the year.

Another thing to keep in mind is that your behavior might not fall in line with the behavior norm in your new country.  After hearing so much about bluntness as part of Dutch culture, another expat that I know from the US had assumed that he should be very direct with work colleagues.  However, he was informed by his coworker that he was being too direct (although he didn’t see the difference) and he was advised to be more careful when communicating. It takes time to learn these nuances, but the sooner you learn them, the better as not everyone will explain how you’ve offended them.

READ MORE  The difference between Holland and The Netherlands explained 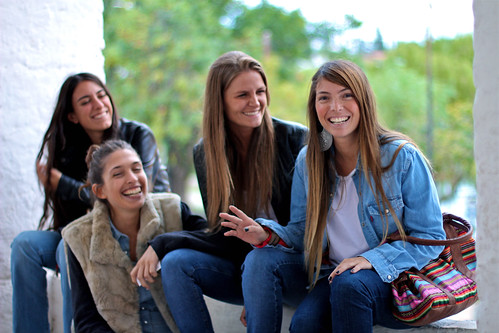 ​It’s good to have friends at home, but you also need some friends in your new country, especially if there’s a time difference. The more, the merrier as it can be lonely.

In my opinion, it’s important to find someone where you’re moving.  I was lucky to have a friend in Amsterdam who was miraculously seeking a roommate.  The reality is that you won’t know how a lot of things work and a savvy local is essential to figuring out the move/housing market. I suggest joining the local expat groups on Facebook, Internations, Meetup, Girl Gone International, and Couchsurfing to link up with some friendly locals.   Classes (whether it’s comedy or dance) are also a great way to make new friends abroad!

If you’re in a major city, it’s easy to meet people if you’re outgoing via the ways above. However, the expat groups often limit your circle of friends to fellow expats and I suggest branching out to others from your new country.   It’s always harder for introverted people although focused group activities can be a good way to bond over a hobby, such as climbing, community gardening, hiking, or board games. At minimum, introduce yourself to your neighbors.

6. ​Challenge yourself and Don’t get too comfortable

A lot of people do the minimum as they settle into their new life/routine. Finding the routine is essential at first, but don´t forget to take advantage of living abroad by pushing yourself out of your comfort zone. It’s different for everyone, but it can be as small as going to coffee with a new person, spending 30 minutes a day on Duolingo, trying a new food, or doing a day trip to a nearby city.

I ended up needing to learn how to read Dutch for some aspects of my job.  As I learned how to do my job, I used Google Translate to translate text, however I increasingly realized I’d be hurting myself long-term if I kept doing this.  I ended up pushing myself to learn to understand Dutch in a business context, even if it meant looking up lots of words every day.

I was surprised how rapidly I became comfortable working partially in Dutch and I still learn new words every day.  I’m definitely far from fluent, but I can do what is necessary.

As an expat, it’s easy to reject things that are uncomfortable, strange, or unfamiliar, but push yourself to try to do better. Often what I think might be true based on my own experiences in the U.S. cannot be generalized and challenging yourself to learn how things ARE versus how I think they are is important. This often forces me to really listen to my friends/colleagues and admit that I don’t know. I think living abroad has the potential to make you more curious, appreciative, and receptive, but there’s two sides to it: you need to open yourself to new experiences.

From our trip to Ronda, Spain on a budget airline!
​Well, this is the obvious one, but the best part of living abroad: being able to take advantage of traveling.  Unlike traveling through a country, you’ll get to spend time slowly exploring the smaller regions/towns, which often gives you a better taste of the culture and a good chance to practice the language. I’ve personally made it a goal to see as many regions of the Netherlands as possible.  The nice part about living abroad is that you can take time to stop off in a little town that you wouldn’t have bothered to see otherwise, which often surprises you.  The even better part: you can travel whenever you’re off work or having a weekend, so you can wait three weeks until the fare to your dream city drops by 40%.  Since moving to Europe and working full-time, I’ve traveled more than I ever did before. Don’t underestimate the power of saving every month with a full-time job and cheap flights/trains/buses.
One important note: NOT everyone can travel or work abroad.  Beyond the visa issues, many fields aren’t transferable due to very specific qualifications or fluency requirements.  Being able to live in the EU is an immense privilege that I appreciate EVERY day. Do not underestimate how hard it is to compete in a foreign job market and never forget that you are a guest in a different country. Do your research before moving thoroughly and make the effort. Every bit matters.

My fellow expats: where do you live and what did I miss? For anyone else: would you consider living abroad?