What can you say about a place with tremendous culture, history, music, food and beauty? A visit to Nova Scotia Canada, including Cape Breton Island, will surprise you in the best way possible.  Keep reading for Nova Scotia travel tips to help you plan your journey to one of the most beautiful provinces in Canada.

The best season for visiting is between May through October. Some hotels and restaurants may close after October, but there are many fall festivals which offer music, food celebrations.The Nova Scotia operators have a narrow tourist season is small so that might translate to higher prices. Nevertheless, it is still very reasonable.

Cape Bretons have their own identity

Conversations with residents make me believe that Nova Scotia is divided into two parts: the Mainland and Cape Breton Island.  Residents of Cape Breton even refer themselves as being an Islander. You cross the Canso Causeway that separates Nova Scotia into two separate entities.

You must learn about First Nation history 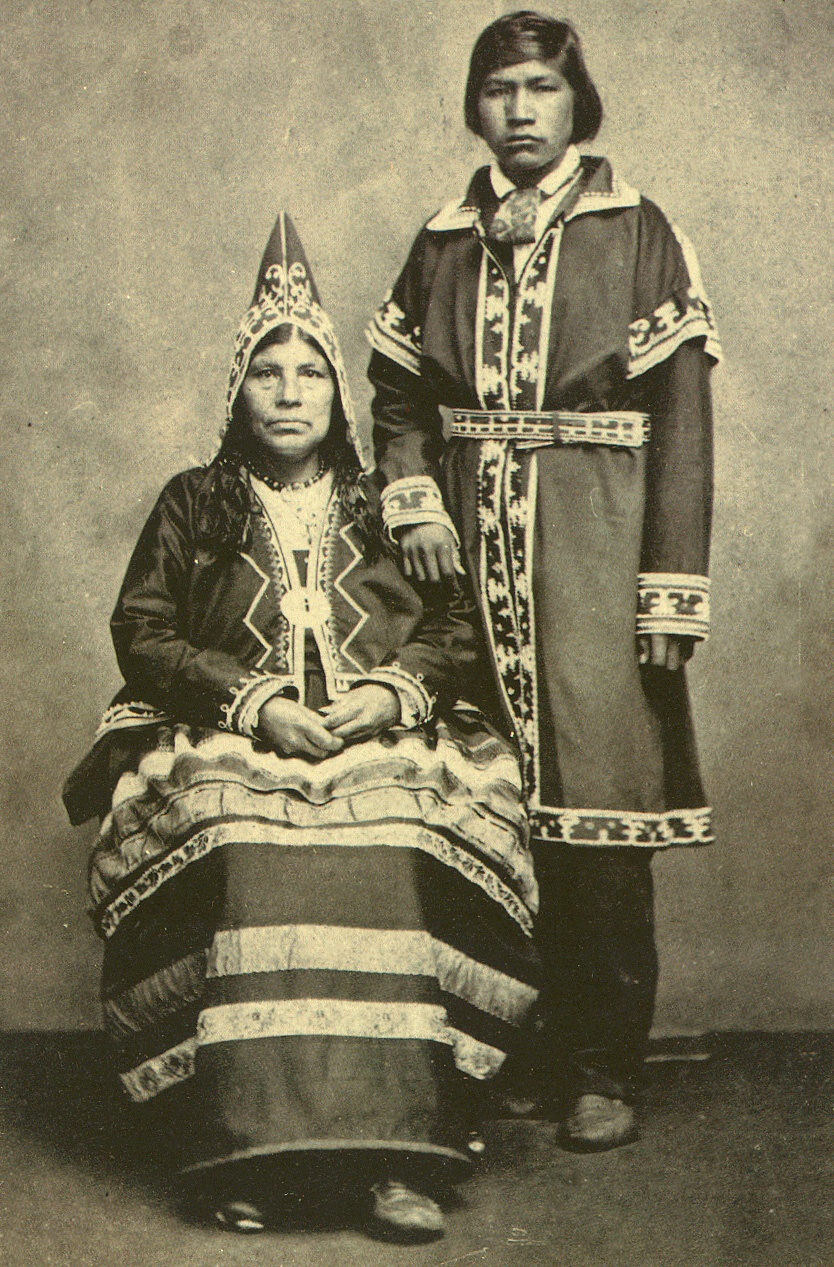 Before, I describe the Europeans (French, Scottish, British and others) who emigrated, immigrated in or from Nova Scotia, First Nation history must be discussed. In the USA, the term Native America is used but the term First Nation is found throughout the Mainland and the Island. It is posted on signs. There many cultural centers around Nova Scotia offering many opportunities to meet, understand, and learn first hand from Mi’kmaq.

There are eight districts in Nova Scotia. Many have cultural centers that offer opportunities to meet Mi’kmaq in different locations. They hunted and lived here long before the European settlers arrived. Following the French and Indian Wars, the Mi’kmaq were told to surrender their land after the French had claimed it illegally during their alliance. In the end, a treaty was signed in 1760 where the Mi’kmaq agreed to submit to the British monarchy, however they were not treated with respect by the British and forced to assimilate in a number of ways.

One First Nation band member told us that they were placed into reservations.  It’s been well documented that First Nation members including the Mi’kmaq were placed into residential school system, which was a boarding school system intended to remove children’s ties to their home cultures by banning them from speaking their home languages and force them to assimilate into majority white Canadian society.  The last federally operated residential school closed in 1996.

It should be noted that Mi’kmaq are credited with inventing the ice hockey stick as hockey has been well documented throughout their history.  The earliest hockey stick was carved by the Mi’kmaq in Nova Scotia.  In 1863, a manufacturing company started to sell hockey sticks, which made hockey into a major Canadian spot. However, the Mi’kmaq were left behind as production grew.

Today, the unemployment rate among those with the Mi’kmaq is higher than with non-First Nation members, however Canada is finally taking steps to rectify the painful history.  In 2010, the government of Canada signed an agreement with the Mi’kmaq Nation, which forces the federal government to consult with members of the group prior to taking actions that may impact them.  Similarly, the Mi’kmaq has created their own schools to educate members of the nation with their own curriculum.  These schools have been very successful and there has been an large increase in Mi’kmaq students attending college.

Simply, take the opportunity to learn more about the Mi’kmaq Nation, who is happy to share their culture and history with those interested in learning about it.

Getting to Nova Scotia

There are flights and buses into Nova Scotia from elsewhere in Canada.  Most international flights arrive in Halifax.  Coming from New York, I drove and took the ferry from Portland, Maine to Yarmouth.  The ferry transports passengers and vehicles.  With a car, it cost us $550 CAD round-trip.

One tip is to buy the tickets before June because the ferry price quickly rises. Since the ticket is non refundable, be sure that you are coming to Nova Scotia.  They offer discounts before June and you can save up to $150 by buying early.  Halifax does not require a car, but it will be much easier to see Nova Scotia by car.

It is possible to travel around Nova Scotia by car, however car and motorcycles are popular given the flexibility.  We chose to go by far as it offered us opportunities to tweak our itinerary.   Just be warned that gas may seem expensive if you’re traveling from the United States.

I recommend having a high quality map as our GPS was unable to locate us on several occasions.  An old school map still works well!

You must attend a ceilidh on Cape Breton Island

One of the most pleasant parts of Cape Breton Island ( CBI) is the ceilidh (pronounced kay-le)  It is a Gaelic phrase meaning social visit so a major part of their history includes music and dancing. You might experience difference combinations of pianos, fiddles, and guitars played.

Ceilidhs are the way that many people in Cape Breton help keep their culture alive in today’s world.  It’s not just the elderly doing so, even younger people.  We ended up meeting a young woman who learned the bagpipes and regularly played at ceilidhs as way of celebrating her heritage.

Many restaurants offer ceilidhs during lunch and dinner. I attended ceilidhs at the St. Michael’s Parish House at Baddeck. It was a two-hour experience with music performances, audience questions, and explanations.  We paid around $10 CAD for admission, which was very worthwhile. Do not miss this unique experience no matter where it is offered.

Two alternate sites for ceilidhs on Cape Breton Island that were highly recommended to us are the Celtic Music Interpretive Center in Judique and the Gaelic College. (The Gaelic College has a great museum.)   You might see several signs in Gaelic as well as English!

Food of Nova Scotia to try

All types of seafood is offered throughout Nova Scotia.   Most restaurants offer scallops, lobster, salmon, haddock, mussels, and other delicious fooods. Yes, there are vegetarian meals, burgers, turkey, and steaks for those unable to eat seafood or who want a break from seafood.

Despite what you might expect, lobster is not expensive and we typically paid around $38-58 CAD for a great dinner for two with delicious fresh-caught lobster! Lunches were significantly less expensive.  We typically paid between $25 and $35 CAD.

On the Mainland, there is delicious Acadian food, including the Rappie Pie (onions and chicken or fish) was sensational. There are numerous edible berries in Nova Scotia, so take the opportunity to have dishes with berries, especially in the summer! Wild blueberries grow all over the island.

Book your accommodations and car early

Nova Scotia is a popular tourist site for Americans, Canadians, Europeans and others. Hotels, motels, bed and breakfasts, and hostels are in high demand during peak season, so reserve early.  There were limited choices when it came to booking last minute in early June.

Nova Scotia hotels typically offer several type of accommodations including bed and breakfasts, boutique hotels, resorts and hostels. Many places offer a full breakfast with eggs, yogurt, bacon, and potatoes included in the price, which is a great way to cut costs. We saw minimal chain hotels and enjoyed staying at boutique hotels along the way.

If you minimize your time in major cities, you’ll also minimize your hotel rates and experience small-town Nova Scotia . If your heart is set on camping in Kejimkujik National Park, Nova Scotia’s only dark-sky preserve, book your cabin ahead.  This is a great place to stargaze.

Most people who visit Nova Scotia fly in and rent a car. Many of the large rental companies offer large discounts by reserving early. We were able to find some coupons as the companies are competitive with rates.

Consider having a good base for a few days

Research which sites interest you ahead. (For inspiration, you can see our itinerary!). Driving from the Western shore to the Eastern shore is a ten hour drive.  Stopping along the way gave us more flexibility in terms of adapting our plans to include recommendations from locals that we met as well as minimizing driving to sightsee.  Our base in Cape Breton Island was Baddeck. In the Mainland, it was Truro and Dartmouth.

We ended up using several guidebooks to plan our trip.  I used the Lonely Planet Nova Scotia guide, Fodor’s Nova Scotia, and Atlantic Canada guide, and Moon Nova Scotia.   Moon was our favorite guide from the trip.

For free tips, head to over to our Nova Scotia road trip itinerary.

Have you been to Nova Scotia? Any travel tips that you’d share with others?

New Yorker–born and raised. Lover of tennis. Curious. Frugal and independent traveler who believes that travel yields an understanding of different cultures. 10% of the magic behind Wanderlustingk.

Previous Post: « Where to find the best breakfast and brunch in the Hague by a resident
Next Post: The Miniaturist filming locations and must-see places for fans of the book »