Coney Island is New York’s premium summer playground. From rollercoasters to the beach to craft beer, this little piece of Brooklyn has it all. This little guide to Coney Island will help you understand why New Yorkers love Coney Island so much, the best things to do on Coney Island, and why you should visit if you have the chance.

Returning to Coney Island is a huge throwback for me. Over the summer, I got my best ’50s inspired dress on and headed down to Coney Island. I had a childhood friend who grew up on Coney Island that I’d visit regularly. I have really fond memories heading to the beach on a nice day giggling with my friend. Still, it’s one of those special places that brings back good memories of my childhood. The friend and I fell out of touch as we grew up, but that doesn’t soften the warm memories I have. This time, I went with my cousin who lives in Brooklyn. Keep scrolling on what to do on Coney Island.

Why you should visit Coney Island

Coney Island is one of those classic New York institutions that you have to visit. This pure slice of Americana is what American movies are made out of. From the garish flashing lights to the giant carnival snacks served along the boardwalk, Coney Island still is the dreamland of colors, lights, and circus spectacles that captured the imagination of New York City over a hundred years ago.

Although more trendy eateries and shops are slowly creeping their way into this iconic New York neighborhood, you’ll still find many of the same institutions from a hundred years ago still going strong. Let yourself become a kid again for a day and take a ride down to Coney Island.

Getting to Coney Island

It couldn’t be easier as long as you’re willing to ride the subway. Take the D, F, N, or Q to Coney Island / Stillwell Ave. It’s the last stop for the F train if you’re worried that you’ll miss your stop! It’s about an hour from Manhattan.

The history of Coney Island

Prior to the settling of New York by Europeans, this area was used by the Canarsie Native Americans who used the marches for finding clams/shells (for beads) during peace and hiding family members during wars. Henry Hudson docked nearby and attempted to trade with the tribe unsuccessfully, even taking people hostage. Still, the Dutch took the land rights.

Growing up in New York, I never realized the connection to the Dutch, however, the name Coney Island is linked to the name “Conyne Eylandt” [modrn Dutch: Konijn Eiland]. This translates into English as Rabbit Island, simply for how many rabbits lived here along the beach.

In the 1870s, the first salt bathing house was built, a popular seaside attraction at the time. Development of Coney Island came quickly and it quickly became New York’s premier beach resort by the 1870s. In 1884, the world’s first rollercoaster (Switchback Railroad) was here along with a whole amusement park (Luna Park).

Once the New York subway was built, the immigrants living elsewhere in New York City were able to take a dip in the sea for the cost of a subway ride. Its popularity forced Coney Island to build its boardwalk and it also inspired Nathan’s (yes, that Nathan’s) to feed the masses with affordable food for 5 cents! Today, some of these historic buildings once intended for New York’s elite burned down (along with some shadier buildings), but a few of the original rides from its heyday are still working. (Spot the defunct parachute jump in the distance!)

What to do on Coney Island

Ride the Cyclone at Luna Park

Luna Park is the amusement park in Coney Island. You can pay per ride with the Luna Card, which is available for purchase in the park. If you’re only interested in the Cyclone, you can save money by paying for these rides individually as the Cyclone is not included in the Luna Park unlimited pass. However, if you’re visiting with kids or you’re a grown-up kid yourself, you can get an unlimited pass for the day online for 40% off through the Luna Park Coney Island website.

The Cyclone is a classic. It’s really a shame that I was afraid of roller coasters for years (not anymore), but this landmark wooden rollercoaster is a must for rollercoaster junkies. First installed in 1927, it can go up to 60 miles per hour. It costs $10 per ride (2019), but it’s worth the bragging rights (especially if you’re in the last car).

READ MORE  7 Foods You Must Try In Kolkata, India

There’s actually another amusement park on Coney Island. If you’re curious about trying out the Wonder Wheel, the famous Ferris wheel you’ve certainly seen in photos of Coney Island, you’ll need to head to Deno’s Amusement Park for a ride!

This 150-foot tall Ferris Wheel dating back to 1920 is not your average Ferris Wheel. Some of the carriages are non-fixed and slide around while the Ferris Wheel turns. If you’re looking for a wild experience, get into one of the red or blue cars for roughly 8 dollars per person in tickets. The other carriages don’t turn. (You’ll also find other rides within Deno’s Amusement Park, perfect for families with kids.) 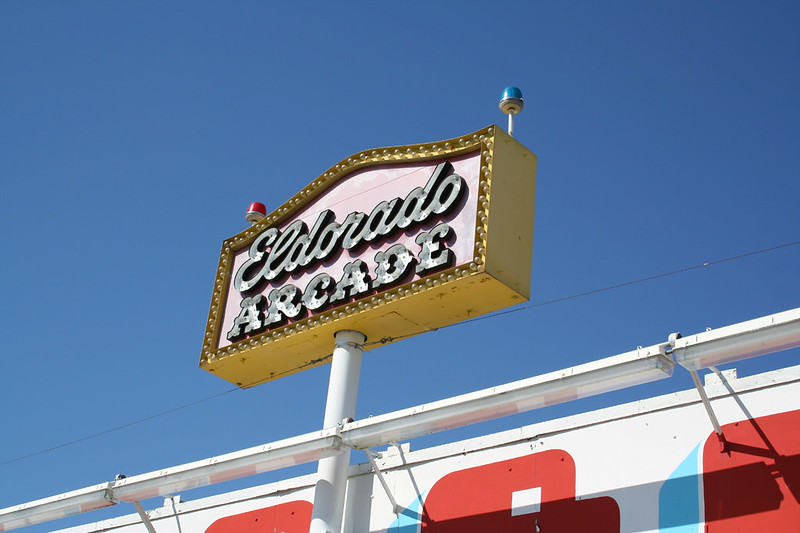 Separate from Luna Park, this classic arcade with bumper cars is a short stroll from the boardwalk. Come here if you’re a lover of old-time arcade games, bumper cars, or simply a fan of fsociety from the show Mr. Robot. This was the exterior of fsociety’s headquarter’s in the show!

Walk down the boardwalk

There’s nothing like stopping off to put your toes in the sand on a warm summer day. There’s a reason why thousands of New Yorkers flock to Coney Island each summer: the boardwalk with beach access. Whether or not you remembered your swimsuit, you can still take a stroll along the sea. Wear comfortable shoes, people-watch, and take a moment to allow yourself to transport yourself back in time to an old-timey New York that has barely changed in years. (Famous scenes from Mr. Robot and Requiem for Dream were filmed along the boardwalk.)

If you visit Coney Island, you must stop at the original Nathan’s for a 100% beef or chicken hot dog. (Vegetarian? Don’t worry! You can always get a side or a veggie burger.) The prices have crept up a bit, but there is nothing like Nathan’s at the original location on Surf Avenue.

I personally prefer my hot dog with mustard, ketchup, and relish, but you can choose for yourself after paying. If you’re hungry, consider going for a menu deal that includes two hot dogs, fries, and a drink. Afterward, carry your hotdog to the table or head to the beach to enjoy it with a view. It’s a New York classic for a reason and it’s even more delicious with a view.

Go for an affordable baseball game

I’m a Met fan and you’d be surprised how affordable Met tickets are, but if you’re looking to enjoy some baseball while visiting the US without the budget for a Yankees game, go for a game at the Brooklyn Cyclones. They may not be the Brooklyn Dodgers or the Yankees, however, this minor league baseball team is part of the recruiting pool for the Mets.

READ MORE  Tipping in the USA: Tipping etiquette in the United States by an American

You can enjoy over 30 free murals created by well-known artists within the Coney Island Walls. This free art gallery is open daily in summer prior to 8 pm, so stop to admire the art or for an Instagram photoshoot. It’s open starting Memorial Day Weekend until September, however you can still admire the artwork from a distance if you’re here a bit later or earlier.

Enjoy a craft beer by the beach

Coney Island Brewing Company is producing some great brews at their flagship location, which was the smallest brewery in the world for a little while. Their beer roster changes, but expect experimental American-style IPAs and other refreshing favorites with a twist in summer. The best part? You’re so close to the beach.

*Dress up for the Mermaid Parade 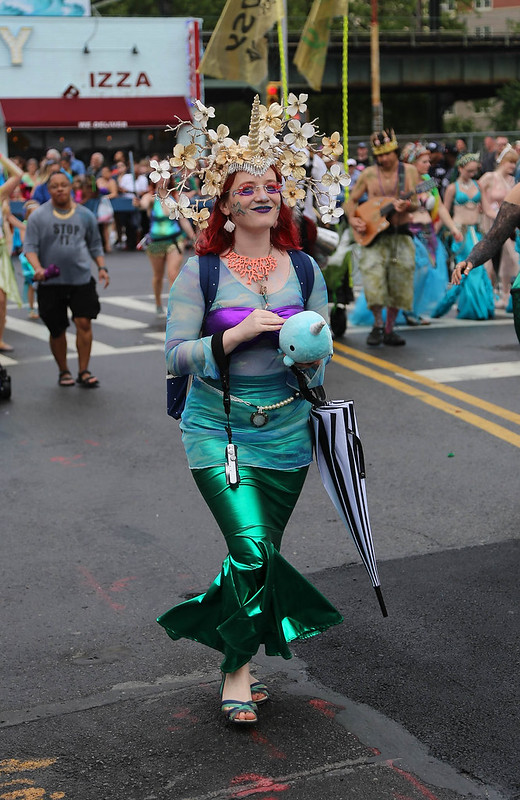 How do I even begin to explain the Mermaid Parade? This annual summer festival over one day is the largest art parade in the United States–and a great excuse to channel your inner Ariel. Check the date for the upcoming year, but it’s generally in June. During the festival, 3,000+ people will march in colorful, fantastical costumes representing mermaids. It’s a great excuse to see New York’s wild and creative side, so definitely come here if you’re in town on the right day.

To be honest, I’m a bit torn about the Coney Island Circus Show. It has direct roots in the Coney Island “freak show” where people with dwarfism would entertain people within a miniature city. “Human oddities” have a dark and dehumanizing history, but still, the show goes on in a different way with a modern-day circus dedicated to saving sideshows. 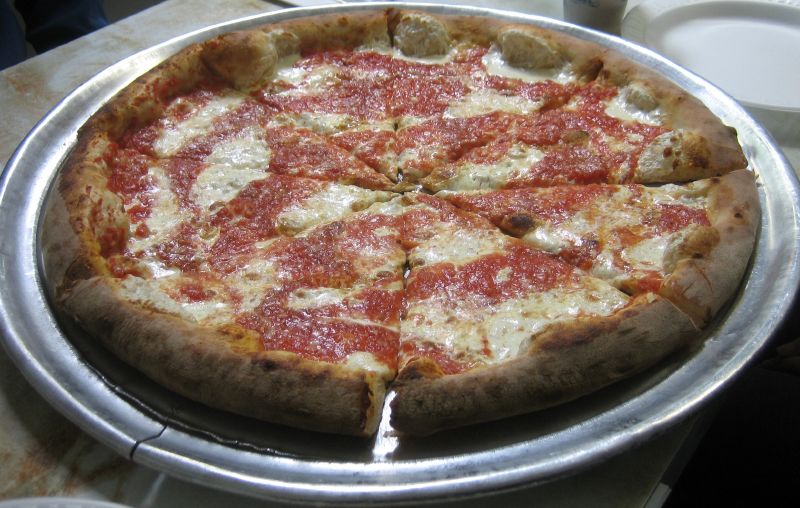 Last, but definitely not least, you can eat some of New York’s best pizza down in Coney Island at this classic pizza parlor. In 1924, Totonno’s Pizza has been open serving up fresh Italian-style pizza made in a coal oven with a recipe that nobody can recreate perfectly elsewhere. It’s cash only, so plan ahead.

*I chose not to include the New York Aquarium because I do not support venues with captive wildlife.

Any other things to do on Coney Island that you enjoyed? Let me know!

Previous Post: « Your insider guide to a perfect layover in Amsterdam by a local
Next Post: Sleeping in JFK Airport: Survival tips for your overnight JFK layover »